Delighted to announce Dinosaur Daze UK and Damaged Goods from Whitehaven will be supporting Sabbra Cadabra at Wigton Market-Hall on Saturday 16th October. Sabbra Cadabra will celebrate 51 years of “Paranoid” being UK No.1 album in October 1970 by playing the album in full. 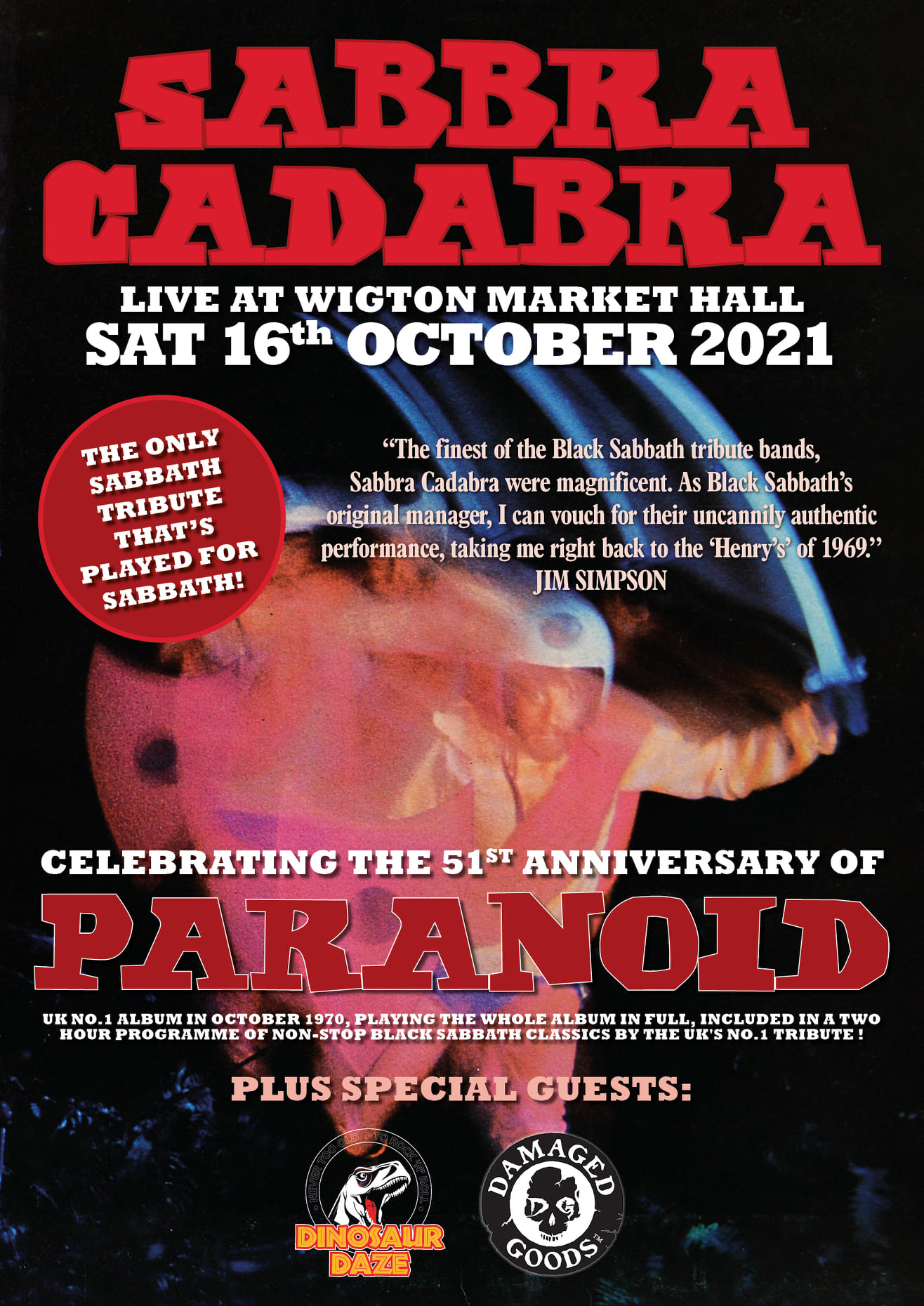 Sabbra Cadabra are the ONLY tribute to have played for Black Sabbath and also work regularly on several anniversary events with their original manager, Jim Simpson. As the UK’s No.1 tribute, Sabbra Cadabra will perform the album in full as part of a two-hour show of Sabbath classics. Played like Sabbath, sounds like Sabbath. “The finest of the Black Sabbath tribute bands, Sabbra Cadabra…were magnificent. As Black Sabbath’s original manager, I can vouch for their uncannily authentic performance, taking me right back to the ‘Henry’s’ of 1969.”JIM SIMPSON
Tickets available via Facebook or Eventbrite – www.eventbrite.co.uk
+ Google Calendar+ iCal Export